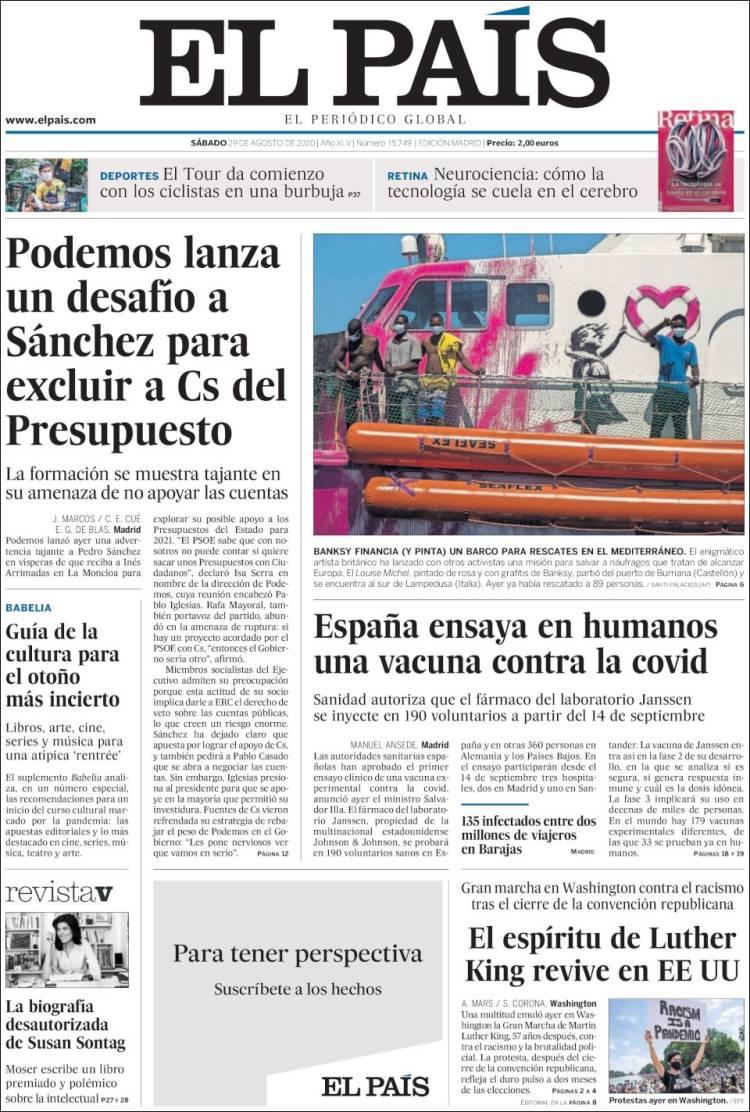 Caption: A boy waves to the crew of the Astral rescue vessel from the deck of the Louise Michel rescue vessel, a French patrol boat currently manned by activists and funded by the artist Banksy, in the Central Mediterranean sea, at 50 miles (80 km) south from Lampedusa, Friday, Aug. 28, 2020. The group operating the ship, named after a 19th century French feminist and anarchist, said late Thursday that it rescued 89 from an inflatable boat in distress. (Santi Palacios for The Associated Press)
Nov 8, 2020