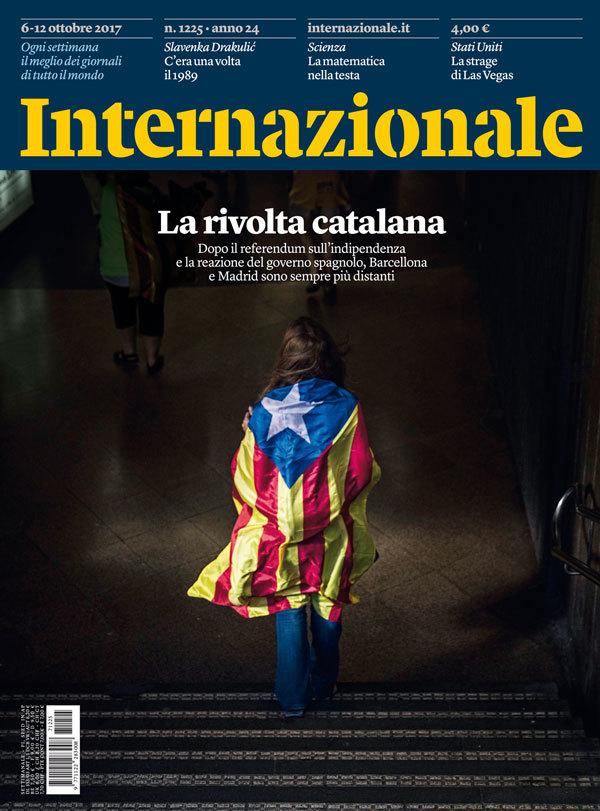 Caption: A woman enters in a Barcelona's metro station wrapped with an "estelada" or independence flag, during the Catalan National Day in Barcelona, Spain, on Monday, Sept. 11, 2017. Some thousands are expected to rally in Barcelona to show support for an independent Catalan nation and the right to vote in a controversial referendum that has been banned by Spain. (Santi Palacios for The Associated Press)
News
Front page - Internazionale
santi palacios
Oct 6, 2017
Nov 8, 2020